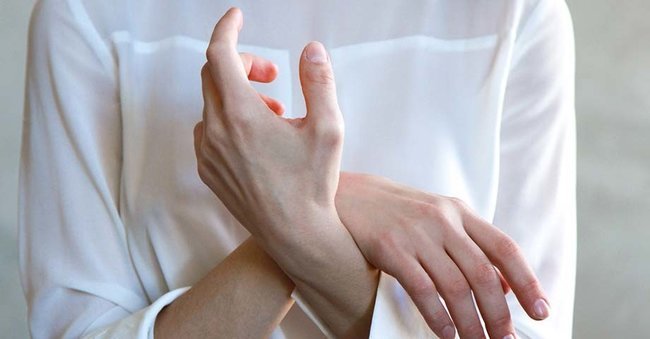 Like the arthritis many people experience from aging, psoriatic arthritis affects the joints and skin, including the hands. Since almost everyone uses their hands frequently in their daily life, joint pain can quickly become debilitating. One member said, “There are days I feel like I'm 80; I can't get out of the bed unless I'm medicated.”

Members reported a variety of ways joint pain affects them. “My pain can migrate to different joints each day,” said one. Another member reported the worst symptoms were usually in their fingers. “I get pain in my fingers, usually the joint closest to the tip of my finger, and the same for my toes actually. Every now and then, my elbows and knees will hurt too.”

Symptoms of Psoriatic Arthritis in the Hands

Psoriatic arthritis symptoms usually build up over time, so it’s not always easy to tell when the condition starts. There are several symptoms that may indicate a problem.

White spots and cracking, splitting, and pitting (denting) of the nails and nail beds are sometimes referred to as “nail disease.” One MyPsoriasisTeam member got diagnosed based mostly on this symptom. “Pitting in nails is what led to my PsA diagnosis.”

Dactylitis is the term for swollen, painful fingers. They are sometimes called “sausage digits.” A member said this symptom is what led to diagnosis. “I've woken up to swollen hands and feet, could barely walk at times, and the pain and stiffness took everything I had in me to face another day. After three rheumatologists, I finally had an answer of PsA.”

Stiffness in the Back and Neck

Spondylitis, or stiffness in the back and neck, can be felt when bending. This is also referred to as axial arthritis.

Enthesitis is tenderness in the area where tendons and ligaments meet bones. Pain is usually worse near the back of the heels, near the elbows, and the sole of the foot. Enthesitis is a characteristic sign of psoriatic arthritis and does not appear in other types of arthritis. It is commonly mentioned by MyPsoriasisTeam members. “My joints hurt a lot and I’m tired always,” one member said. Another reported, “Tendon/ligament/joint pain and swelling everywhere.”

Treatment Options for Psoriatic Arthritis in the Hands

Treatment options for psoriatic arthritis vary depending on the severity of the disease. These can include lifestyle changes, medication, and in some cases, surgical options. As always, you should talk about any change in your treatment regimen with your doctor.

Joints become stiffer with lack of use and muscle weakness can increase joint pain. Low-impact exercise, such as walking, can help ease those symptoms. Some people with psoriatic arthritis find it is easier to exercise in water. Swimming or walking in a pool can provide this without straining affected joints. One member said both worked. “I like walking when I can, and swimming. I start in a cooler pool and then hop into the hot tub. It seems to work.” Another member warned that chlorine in pools could aggravate psoriasis. “I find chlorine makes my psoriasis worse.”

Physical and occupational therapy can also provide assistive devices and ways to move that cause less joint damage. Prescribed range-of-motion exercises can help keep joints from injury. One member reported good results from physical therapy. “[I] went to a physiotherapist to get a exercise routine (basically yoga stretches) that worked for me.” Another mentioned hand exercises to reduce pain. “Hand exercises, stretching, and heat help with the pain and swelling.”

A healthy body mass index (BMI) — in the range of 18.4 to 24.5 for adults — can decrease the symptoms of psoriatic arthritis. In addition, certain drugs used to treat psoriatic arthritis become less effective when a person’s BMI is 25 or higher. Many MyPsoriasisTeam members reported struggles with losing weight. One said, “Since [my psoriatic arthritis diagnosis] my weight has ballooned.”

A healthy diet can also reduce inflammation. There are a variety of foods members reported they eliminated from their diets and then showed improvement. “Avoid gluten,” one member said. Another said, “The more I stay away from wheat products, the better I feel.” A third member advised others to stay away from “dairy and nightshade [plants].”

Alcohol can increase psoriasis symptoms, as well as make medications used to treat it less effective. Some medications that treat psoriasis can have increased side effects if too much alcohol is consumed. One member said, “Alcohol is very high in histamines, which your body sees as toxic. When they are too high and the body can't process them out fast enough, this will cause a flare.”

People with psoriatic arthritis in the hands should often find new ways to do everyday tasks, to limit the strain on the joints. Lifting objects with both hands, using all of your body to push open doors, and using devices to open cans and jars are all simple ways to reduce joint pain in the fingers and hands.

Medications for Psoriatic Arthritis in the Hands

There are several medications that can be useful in treating psoriatic arthritis. They can reduce pain and inflammation or sometimes slow the progression of the condition.

Non-steroidal anti-inflammatory drugs are one of the first medications usually used to treat psoriatic arthritis. Typically used drugs are Advil and Motrin (Ibuprofen), and Aleve (Naproxen). One member reported success with Ibuprofen. “Advil helps me and I also take Diclofenac; both help.” Another member reported an inability to tolerate these drugs. “I can’t use Aleve, aspirin, and some other over-the-counter pain relievers because they upset my stomach.” A third said, “I had to stop using NSAIDs because they were tearing up my stomach.”

Disease-modifying antirheumatic drugs slow the progression of psoriatic arthritis and can save joints and tissues in the hands from further damage. They are usually used when psoriatic arthritis is more severe. Drugs of this kind include Otrexup, Rasuvo, and Trexall (Methotrexate) and Plaquenil (Hydroxychloroquine). Some reports indicate that hydroxychloroquine can worsen some arthritis symptoms; this has led to some rheumatologists not prescribing the drug.

DMARDs helped one member function more normally. “I've been taking Enbrel and Methotrexate for 22 years now. It has kept my skin clear and [is] the only way I'm able to function with my joints.” One member reported a severe reaction to Methotrexate. “I have only been in [the] hospital once in my life, and that was after taking chemo drug Methotrexate.”

Biologic DMARDs are a subset of disease-modifying antirheumatic drugs. They typically target specific parts of the immune system to reduce inflammation. Some biologics are administered through an IV at a doctor’s office and some can be given as injections at home.

A variety of biologics seemed to help MyPsoriasisTeam members. One said, “I am now on Remicade infusions and am loving it.” Another said, “Taltz was the only biologic that worked for me, been on it for three years now and never [had] a flare-up.” A member reported mixed results for a family member on Humira. “[The] pain is better being on the Humira, but [he] sleeps a lot.”

Corticosteroid injections can be useful in the treatment of swollen joints. Corticosteroids can also be given orally. Although they are powerful for treating inflammation, most doctors will not prescribe them for long periods because of potential side effects. A member mentioned they only used steroids for flare-ups. “I use occasional Prednisone for flares.” Another mentioned the problems of being on steroids long term. “[Steroids] must have helped some, but the weight gain, hypertension, edema, bruising, and other side effects were pretty intense.” A third member found the injections helpful. “I had cortisone injections in my hands and it helped tremendously. Not only with the psoriasis, but also the joint pain.”

Surgery is always a last resort when dealing with psoriatic arthritis, but it may be needed if joints are too damaged to recover. Two types of surgery are usually performed on hands. Arthrodesis fuses bones together and allows for stronger knuckles, but little movement from them. Arthroplasty replaces the knuckle or finger joint with an artificial implant. What surgery is performed depends on the problems the arthritis has caused.

Members of MyPsoriasisTeam have tried a wide variety of other treatments to deal with psoriatic arthritis in the hands. CBD oil worked for some members, but not others. One reported, “I have tried CBD water by Nature's Remedies. It helped me with anxiety, [and] a little for [the] pain.” Another mentioned using a combination of medication and acupuncture. “Gabapentin, 100 mg three times a day, works wonders for me. Also [I have] begun acupuncture once weekly.” A member reported taking several supplements. “I take 2000 mg cod liver oil, 2000 mg omega-3 oils, and 1000 mg of turmeric.”

Light bed therapy reduced symptoms for some. “I've got a sun bed with the medical UVB tubes fitted and it helps me to keep it under control.” Another member said, “I use a bath soak before I go to bed.”

By joining MyPsoriasisTeam, you gain the support of a community of people with psoriasis that is 75,000 strong. Here are some recent conversations about psoriatic arthritis of the hands:

What is the best way you have found to deal with psoriatic arthritis of the hands? Comment below or start a conversation on MyPsoriasisTeam.

I will have experiment with the Shea Butter Creams. I am on a Gluten Free Diet for the most part, and it's working out well. I did some research, and… read more 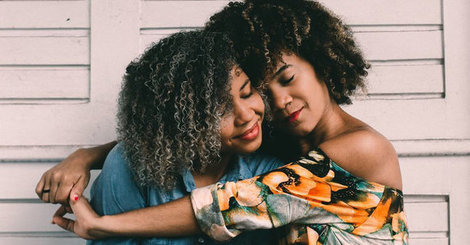 Being Yourself Is More Than Enough 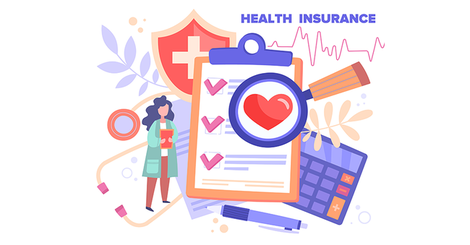 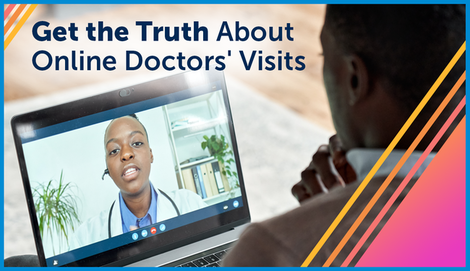 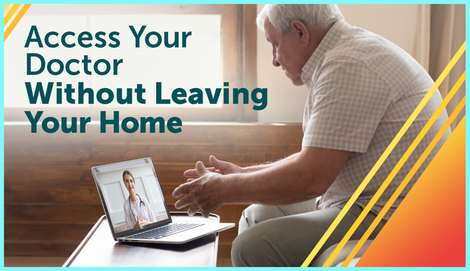