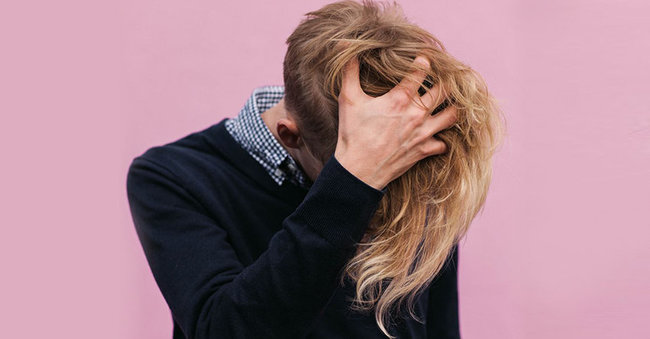 Thick, red scales. Excessive dandruff. Hair loss. Scalp psoriasis is a common but serious health challenge for many people with psoriatic disease. Besides the maddening itch, obsessive scratching and picking can create raw, bleeding lesions on the scalp that impact physical appearance, self-esteem, and overall quality of life.

At least 50 percent of people with plaque psoriasis (the most common type of psoriasis) will experience a scalp psoriasis flare at some point in their lives, according to the American Academy of Dermatology (AAD). Excessive scaling on the scalp can leave dark clothing covered with white flakes. Visible plaques on the head, ears, neck, and hairline drive more than 70 percent of people with psoriasis to hide under hats and wigs or in the safety of their own homes.

Members of MyPsoriasisTeam share their frustrations about excessive flaking and hair that thins or falls out. “My scalp’s a holy mess,” lamented one member. Another was scared to wash her hair because “it comes out in clumps.”

Juggling shampoos, topical creams, and medications that promise to restore healthy hair sends some members into a slump. “No one seems to have an answer. It makes me so depressed,” said one woman. Another called it a “soul-destroying affliction. None of the treatments prescribed over the years have worked for me.”

Scalp psoriasis appears as raised, red or purple, itchy patches with silvery white scales that often start in one spot — behind the ear, for example — and spread through the hair. Symptoms include mild to severe itching, burning, cracking or bleeding skin. Members of MyPsoriasisTeam described how it feels in their own words:

Although scalp psoriasis affects just a small area of the body, it has a huge impact on self-esteem and well-being. Members of MyPsoriasisTeam often discuss how this disease affects their lives.

Visible plaques and flaking makes many members feel self-conscious, as psoriasis on the scalp is difficult to hide. “My scalp and eyebrows are completely covered. It’s so embarrassing. I look like a lizard,” said one member. “I can't put my hair in a ponytail because the psoriasis is all around my hairline,” added another.

Picking and scratching itchy areas only creates more inflammation and skin traumas (known as the Koebner phenomenon). “The urge to pick is so strong it’s impossible to ignore,” explained one woman. “I usually end up with red, irritated areas and wake to blood on my sheets. I fear I will end up with an infection.”

Hair loss, also known as psoriatic alopecia, is a common symptom of scalp psoriasis. Although not caused by the disease itself and usually temporary, thinning hair is one of the most distressing symptoms reported by members of MyPsoriasisTeam. “My once full hair is now 30 percent thinner and I’m at my breaking point,” admitted one member.

Rubbing, scratching, combing, washing, showering, or using chemical treatments can damage hair shafts or follicles, according to the National Psoriasis Foundation (NPF). When scales are removed or fall away naturally, the hair often comes with it.“My scales come off in large, thick pieces and pull out a lot of hair with it,” said one member, who resolved to “only wash my hair every couple of days.”

Although hair eventually grows back, it can feel worrisome to find a handful in the shower or a hairbrush. “I lost a TON of hair with my last flare, but it’s starting to come back,” shared one member. While waiting for regrowth, one woman “got a layered, shoulder-length cut to camouflage bald patches.” Another used hair-color spray to “cover small patches.”

Hair loss can occur for other reasons, such as thyroid disease, so it’s important to discuss this symptom with your dermatologist.

Although there’s no known cause, researchers believe scalp psoriasis — similar to psoriasis on other parts of the body — occurs when the immune system mistakenly signals skin cells to grow quickly. Instead of shedding the excess cells, the body accumulates them on the skin’s surface, forming psoriasis plaques.

Scalp psoriasis can affect adults and children at any age, and women are more likely to develop the condition. Stress, smoking, obesity, and genetic predisposition are thought to be risk factors for developing the skin condition. “I’ve had scalp psoriasis since age 7, but in my adult years, stress always makes it worse,” said one member.

Scalp psoriasis can be mistaken for seborrheic dermatitis (dandruff). Psoriasis has thicker, drier silvery scales and often extends beyond the hairline. Seborrheic dermatitis scales are greasy-looking, white or yellowish, and attach to the hair shaft.

The presence of psoriasis on other areas of the body usually helps dermatologists make a diagnosis, although a skin biopsy for a lab test can confirm it.

How Is Scalp Psoriasis Treated?

Scalp psoriasis is often challenging to treat because plaques can become thicker under hair than on an arm or knee. Hair also makes it harder to apply creams and ointment to affected areas. Finding the right treatment — or combination of treatments — can take time, because each person responds differently. Treatments must also be rotated, because they can have side effects or become ineffective when used for long periods.

For mild scalp psoriasis, many people find relief from low-strength medicated shampoos, foams, or creams that can be purchased over the counter. These products may contain one of two FDA-approved ingredients for scalp psoriasis: coal tar and salicylic acid.

Coal tar is most commonly recommended to help reduce inflammation. Tar, however, can irritate skin and make it more sensitive to sunlight. It can also cause cancer in high concentrations. Salicylic acid is effective at softening and removing psoriasis scales, often in combination with other treatments. Side effects can include skin irritation or temporary hair loss.

Many members report success with tar products. “T/Gel shampoo really helps with itching. I've used it for months now and it cut down my psoriasis by at least half,” said one member. Shampoos, however, don’t work for everyone. “Two different medicated shampoos I’ve used help the itch, but burn the scalp — and the itch comes back after hair is dry,” said another member.

Other over-the-counter shampoos that help psoriasis symptoms may contain zinc pyrithione, selenium sulfide, or ketoconazole. It is a good idea to buy a few shampoos and rotate their use to keep the scalp from getting used to just one ingredient.

Topical corticosteroids, the first-line prescription treatment for moderate to severe scalp psoriasis in children and adults, come in lotions, gels, sprays, or shampoos that more easily penetrate hairy areas. Because steroids can cause skin thinning, they’re only used for two to four weeks before a break is needed.

For severe cases, dermatologists often prescribe shampoos containing clobetasol propionate. Studies show these products to be highly effective and safe for daily use up to four weeks, and weekly for maintenance. A scalp oil containing a topical steroid can also be used one or two times a week before shampooing.

Nonsteroidal topicals, such as the vitamin D analogue Dovonex (calcipotriene) cream, may also be used in combination with steroids. They’re applied to the scalp before bed to penetrate scales and washed out in the morning. Retinoids, a synthetic form of vitamin A such as Tazorac (tazarotene), are also recommended for topical overnight use. Other prescription topicals include Psoriatec (anthralin), a medicated shampoo or cream that slows the growth of skin cells.

Systemic medications are prescribed only in severe cases or when scalp psoriasis fails to respond to other treatments. Drugs include methotrexate and cyclosporine (which improved symptoms in up to 90 percent of people in clinical trials). Biologics, such as Humira (adalimumab), Enbrel (etanercept), and Cosentyx (secukinumab), might also be prescribed. “I had severe plaque on the scalp, then started Humira and it cleared up. I’ve been clear for five years now,” shared one member.

Other treatment options include corticosteroid injections into the scalp and phototherapy with hand-held excimer laser devices that reach hard-to-treat areas.

The National Psoriasis Foundation recommends several natural remedies in conjunction with medical treatments, to soothe the pain, itch, and plaque of scalp psoriasis:

Talk to your doctor before using any alternative or complementary therapies.

Dermatologists advise extreme care when washing or styling your hair. Avoid rollers and curling irons that can burn the scalp or tight hairstyles that may irritate skin and cause a flare.

Coloring, perming, or relaxing your hair may make you feel better, but can also worsen symptoms. One member who stopped coloring said, “It was suffocating my hair and adding to the problem!” Another asked her hairdresser to use foils when dying her hair, so the color didn't touch her scalp.

The National Psoriasis Foundation’s safe styling recommendations include finding a hairdresser who’s familiar with scalp psoriasis. Not only will this remove potential anxiety about visiting a new salon, but it also gives you a chance to discuss the risks and benefits of certain styling services. Always check with your dermatologist if you still have questions or concerns.

Members of MyPsoriasisTeam frequently talk about their go-to remedies. The most popular? Deep moisturizing with coconut oil or other plant-based oils.

One member reported success after coating her scalp and hair with coconut oil and covering it in plastic wrap. “After a few hours, I take it off and wash my hair with tar shampoo,” she explained. Another member slathers extra virgin olive oil on her head and goes to bed with a shower cap. “It does wonders. No more bleeding or cracking. It removed the heavy plaque, and my hair is growing back,” she said.

Oil made from neem (Azadirachta indica), an ancient Indian herb with anti-inflammatory properties used in the treatment of skin diseases, has also soothed the scalps of members. “Adding it to my conditioner really helps with redness and flakiness,” said one.

You Are Not Alone: Finding Support for Scalp Psoriasis

By joining MyPsoriasisTeam, the social network and online support group for those living with psoriasis, you gain a support group more than 88,000 members strong. Scalp psoriasis is one of the most-discussed topics.

How does scalp psoriasis affect your life? Has your doctor prescribed treatments to manage your symptoms? What helps you look and feel good? Share your tips and experiences in a comment below or on MyPsoriasisTeam.

Can you get Psoriasis in your mouth...started yesterday my tongue has rash or sores and is painful